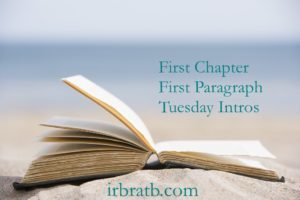 I’m back with another  First Chapter, First paragraph Tuesday Intro. Thank you to Vicki, from I’d Rather Be at the Beach who hosts this meme. It’s your chance to post a bit from a book that you are reading or planning to read. I’m cheating a little bit and not posting right from the first pages but I found a good bit to share. So here we go:

“The reasons that made him unemployable were the same ones that filled him with a sense of turmoil. However hard he tried to appear calm and normal, he knew people thought him eccentric and strange. He couldn’t help his enthusiasms getting the better of him and making him garrulous and excitable. It was when he didn’t keep his mind busy with this interests that the trouble started for Gabriel. 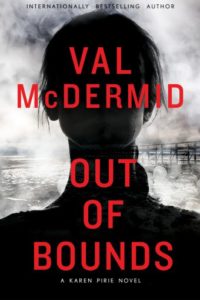 That was when the paranoia started to creep in, eating away at his peace of mind, robbing him of sleep, pushing him back to that terrible pitch of anxiety where he thought his head would explode with its overload of conspiracies and fear. He felt like a piece of paper torn up and scattered to the four winds.”

Out of Bounds by Val McDermid

What do you think? Gabriel sounds like quite the character right?

Have you read any books by Val McDermid? Do you have some favorites? This novel is from her Private Investigator, DCI Karen Pirie series and I believe it’s the fourth in the series. I’ve only read one of her standalone novels before but really liked it because of all the details so I’m looking forward to this one.

Out of Bounds is the February selection for my book club and it’s quite the chunkster so I better make a dent in it soon.

This site uses Akismet to reduce spam. Learn how your comment data is processed.