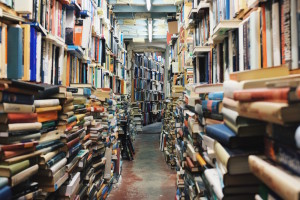 My nightstand is pretty crowded right now with several books in progress and I want to mention three books that recently joined the already overflowing stack. These are so good and I am so excited it’s almost the weekend because I hope to make some progress in them.

Daisy In Chains by Sharon Bolton. I’ve enjoyed quite a few books by this author and this one is no exception so far. In this standalone, a charismatic and handsome doctor is in prison convicted of murdering several women. He claims he is innocent and now he wants Maggie Rose, a notorious defense attorney, to write his story.

I’m reading this book during my lunch break and it’s hard to put it away and get back to work. I don’t believe the convicted killer but I also have some questions about Maggie and her background. If the killer didn’t actually kill those girls then who did? Talk about suspense!

Equally intriguing is my other read Confessions by Kanae Minato. A teacher confronts her students with the knowledge that she is aware that two of them killed her daughter. Instead of going to the authorities she will exact her own revenge.

This book has received several awards and I can already see why. Perhaps what has been the most chilling aspect of this book is that it’s not just a crime novel about adults but of an adult making children pay for their behavior.

Finally to come off of a suspenseful edge from these books I’ve also started Sense and Sensibility by Jane Austen. Who doesn’t already know the story of the Dashwoods? I have watched the film version with Emma Thompson and Kate Winslet many times, my mom is a huge fan of the film, but had never picked up the book. I’m thoroughly enjoying reading this and can only wonder why I waited so long to open the book.

Anyway, these are the reads I plan to savor this weekend. Hope you have a great weekend and let me know what book you plan to enjoy!