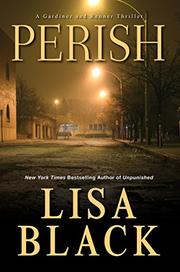 “The murder had taken place in the living room, which Maggie found odd. Bedrooms, kitchens, entryways, even garages tended to backlight the scenes of high emotion, not the always slightly generic area where the hottest debates tended to be about the location of the remote.”

Maggie Gardner, forensics expert, is called to a murder scene. She needs to investigate the brutal murder of Joanna Moorehouse, the founder of Sterling Financial. There is not a lot of evidence to suggest who could have killed Joanna and at the same time, there is little that Maggie can glean from the home about Joanna the person.

Detective Jack Renner is also on the scene of the crime. He and Maggie decide that to understand Joanna and hopefully find the killer they need to learn more about Sterling Financial and who would stand to gain by Joanna’s death.

It’s not easy to work with Renner as Maggie knows more about him than anyone else. As both work on the investigation another victim is found. On top of that, Maggie’s ex-husband who is also on the police force, is closing in on another case that could have dire consequences for Renner and Maggie. Can she re-direct his attention while also reminding Renner to uphold their agreement?

There’s some great tension between the main characters and like the previous book in this series, the author does her research well but sometimes gets a bit bogged down in the details. In this case, for example there is a lot more about financial crime details that I don’t think was necessary to advance the plot. One of the things that keeps me coming back to this series is the ever-present question of will Jack Renner’s secret be revealed and what will Maggie do. It’ll be interesting to see what the author has instore for these two.