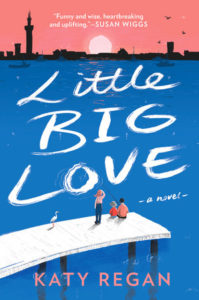 “So I’d already written to my dad on New Year’s Eve, but deciding to look for him only started, really, the night of my mum’s Date from Hell.”

Zac Hutchinson is a 10-year-old with a big heart. He loves to collect facts, he enjoys spending time with his grandparents and most of all he knows his mom works hard to provide as best as she can for them. One evening though when his mom returns home from a disastrous date, he overhears her say that his dad was her great love.

Juliet and Liam were young and in love but soon after Zac’s birth a terrible moment puts Liam at odds with Juliet’s family. He tries to make amends but the pain is too much for the family and he leaves.

Zac doesn’t know much about his dad or why he left but now he is determined to find him. With the help of his best friend, Teagan, they try to find as many clues as possible that will lead them to Liam. All the while, Zac is trying to be strong and not let some of the bullies in his school get to him and most importantly, not tell his mom about any of this so she won’t worry.

This was such a sweet and tender book. I found Zac delightful and I felt sorry for Juliet who was really was trying to do the best thing for her son but missed a lot of big clues about how Zac was being treated at school. There are other important people in Zac’s life and we get a glimpse at their stories too but the one that I especially liked was Teagan’s story. She has her own complicated life and you can’t help but wonder how everything will turn out for her.

Will Zac find Liam and will the family be able to finally come together? This is one book where I would love to see a sequel featuring Zac and Teagan as young adults. I want to know that they have found many happy moments in their lives and that their adventurous spirits will lead them to even greater things.