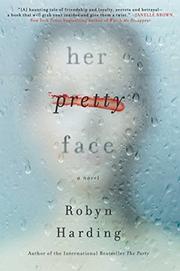 “Frances Metcalfe was not the type of woman who enjoyed large parties, especially large parties where you had to dress up in costume. Given the choice, she would have stayed home and pierced her own nipples with dull knitting needles, but fund-raisers for Forrester Academy were not optional. Despite the thirty-thousand tuition fee, the elite private school’s coffers needed regular infusions of cash.”

For Frances, the most important thing she can do is make sure her son is accepted at school but he’s struggling. She knows it and this latest act may be the one that ends his time at Forrester Academy but luck is on her side when the charismatic Kate Randolph and her son seem to taken them under their wing.

Frances doesn’t understand how someone like Kate would want to spend time with her, Frances who is a stay-at-home mom and could stand to lose some weight. But they get on and with Kate as her friend and Kate’s son, Charlie, helping her Marcus she is sure things are going to turnaround.

Kate doesn’t like the Forrester Academy mothers and thinks they are all stuck up but she likes Frances. Before too long the two are getting to know one another, enjoying dinners with the spouses and children, and have seemed to have formed a natural bond. Marcus is doing so much better now that he’s friends Charlie and he is no longer ostracized at school. There is also Daisy, Kate’s daughter, but she seems to keep to herself. Actually  it’s a bit odd how uninterested Kate seems to be about her but Frances doesn’t think much of it at first.

However, little cracks start to appear and a big secret will soon be revealed which will tear the families apart. Can a friendship survive?

I liked how Frances is depicted as a struggling mom who is trying to keep up with other families. She has a good marriage but dealing with her child has left her vulnerable and questioning everything. Kate is interesting and I liked how she became friendly with Frances so it was good to read about a solid friendship of course setting up the reader for some surprises. If you enjoy domestic thrillers this would be a good one to check out.