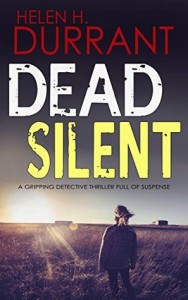 “Enough of this noise. He had things to do, places to go. He struck a match, casually flicked it under the car and walked away. Within a split second the vehicle was ablaze. Like all the rest, Vida was now history.”

Two cases vie for attention in this second book in the series featuring D.I. Tom Calladine and D.S. Ruth Bayliss. The first involves the body of a young woman found at a car crash scene. The problem is the woman was already dead, the driver knows nothing and the only clue to the woman’s identity is the livestock tag attached to her earlobe.

Meanwhile the police are also racing against time to find a young child that went missing and as the police investigate they realize the family also has some secrets to hide but could they have had anything to do with their missing child?

In the case of the missing woman it soon becomes clear that the police are looking for more victims and the one commonality they share is that they are all American students. Is it because they are far from home that they were easy prey?

This police procedural is set in the fictional town of Leesdon, England. While I didn’t read the first in the series I didn’t feel it was necessary. This was a fast-paced read but unfortunately the reveal was a bit underwhelming for me. I did like the two main detectives though so I would give this series another chance.